10 Of The Strangest Treats Dog’s Are Fed

One of the joys (of which there are undoubtedly MILLIONS) of dog ownership is rewarding good behaviour. It’s such an intuitive element of the dog/human relationship stretching back thousands of years. Dog does good, human rewards the behaviour. Often that reward comes in the form of a tasty treat.

Dogs are clever and have certainly mastered the art of manipulation when it comes to encouraging us to ply them with treats, often treats from the human world which, for one reason or another, can be just a little bit weird.

1. Grapes
Would you be one of the people who is surprised or horrified to learn that many a dog has been ‘rewarded’ with grapes as a treat? Surprised, perhaps because you had no idea that grapes are fact toxic to dogs and can (and have) proven fatal to our canine pals in the past? Or horrified because you already knew this and had no idea that some folks didn’t?

Why it’s a weird treat: Grapes are one of the more common foods found in the human home that are toxic to dogs however there are still many dog owners who are unaware that dogs should not be given grapes. For many an owner, sitting down with a nice bunch of grapes it seems only natural to give in to the begging eyes and share what they’re eating with their dog. 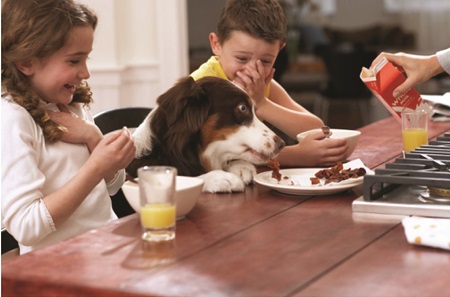 2. Dogs Don’t Have a Sweet Tooth
We might be a nation of choco-holics but for dogs chocolate is far from a treat. In fact, certain types of chocolate can be a death sentence. According to Butcher’s Pet Care’s Happy Hounds report, chocolate is a staple on the list of foods some owners have admitted to feeding their dogs.

Why it’s a weird treat: A food which contains poor nutritional value for dogs, can lead to obesity and can even kill, that’s no treat. 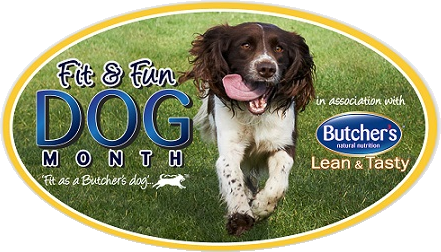 â€˜Keep as Fit as a Butcher’s Dog’

3. Bugs Bunny Loves em’, but Does Your Dog?
Carrots are to dogs what Marmite is to people. Some dogs seem to enjoy a chomp on the orange coloured veg whilst others simply detest them. Some even add to their dogâ€™s bowl for added variety and to replicate their own meals

Why it’s a weird treat: For many dogs there’s nothing weird about a carrot. They wolf them down and seem to enjoy the crunch. But there’s a certain section of the canine population who simply refuse to have anything to do with Bugs Bunny’s favourite snack.

4. An Apple a Day Keeps The Vet Away?
It’s been known for some stray dogs to live on a diet almost exclusively of apples when their favoured, protein rich foods are hard to come by. Dogs who live in an area surrounded by apple trees will often stock pile the fruit and consume them as if they’re going out of fashion.

Why it’s a weird treat: Apples, in small moderation, seem to be an enjoyable snack for many dogs. But too much will lead to problems such as tooth decay (sugar), bloating and can have a profound effect on the consistency of the dog’s stool.

5. A Right Pigs Ear of Things
They say no part of a pig is ever wasted. Everything gets eaten, right down to the curly tail. Dogs have been known for decades to enjoy a pig’s ear as a tasty, chewable treat.

It’s often said that pork in any quantity is bad for dogs. Not true. In fact, as a source of high quality protein there’s no difference between feeding pork, chicken or beef. Both types of meat have the same build-up of protein amino acids. As with everything, make sure you don’t overfeed in quantity, but in essence, there’s nothing wrong with feeding pork as a source of quality natural dog food.

6. Walkies, not Walkers
We’re a nation that loves its savoury snacks. Many a British cupboard is stocked to the brim with crisps and other similar snacks. When we settle down to watch TV with a bag of crisps who should turn up in front of us with the longing eyes and pendulous tail wag? It’s natural that we feel somewhat guilty about eating an entire bag of anything without sharing with Fido, so there’s probably not a dog in the entire country who has not had access to the odd crisp now and again.

7. I Scream for Ice Cream
Both dogs and cats have a penchant for frozen dairy. Makes sense really. You’re sat there eating something you clearly enjoy so it stands to reason our canine pal will want in on the action. Be honest, if you were sat in front of the TV in readiness to eat, well, almost anything, your dog would most likely want in on the deal. They want what we have. They’re smart like that.

Why it’s a weird treat: Ice cream is generally high in calories and boy is it messy when a dog gets their face in to the ice cream tub. Most dogs would much prefer an ice cube, fed under supervision, as a healthy crunchy treat. It’s cold, it’s different and it contains no unwanted calories â€“ unlike ice cream which is high in sugar and bad for your dog’s teeth.

8. Say Cheese….
What is it with dogs and cheese? They just seem to go crazy for the stinky stuff. Oh. Wait. We might have stumbled on something here. Why is it that the more something smells, the more our dogs seem to covet it? There’s not much more of a smellier food than cheese and it seems to be the one food that is universally craved by dogs.

Why it’s a weird treat: If you met a person who walked around carrying cheese in their pocket would you recognise them as a fellow dog owner? We dog owners know the score. Our dogs love cheese, we like to give in to them from time to time. Remember to watch the calories though. Too much cheese can give us nightmares but for dogs, if fed too often, can lead to an unwanted belly.

9. Footballers Swear By It
We constantly hear how modern dietary knowledge has led to professional footballers playing well in to their late 30’s. The modern footballer enjoys a diet that is mainly made up of complex carbs and proteins from lean meats and fish. The carbs, good carbs, tend to come from pasta. Whilst we’re not comparing your dog to a professional footballer, you might feel he needs carbohydrates, as we humans do. But that’s not necessarily true.

Why it’s a weird treat: Dogs love meat. But we all know dogs also want to try new things, regardless of taste. Pasta can be an interesting element to allow dogs to indulge their eclectic tastes without piling on too much weight â€“ if fed in strict moderation and in combination with an active lifestyle. But always remember, your dog â€“ even if they enjoy long walks or runs on a daily basis â€“ are still dogs, they rely on you to make sure they’re being fed the right diet in the right quantities.

10. Have You Heard The Interesting Fact About Celery?
They say if you had nothing to live on but celery, you’d eventually consume more calories eating it than the food itself could provide for your survival. Odd type of food right? Celery splits opinion in a similar way to anchovies and peanut butter. You either love the stuff or don’t. Dogs too. For some dogs a stick of celery is just as much fun as a crunchy chew toy.

Why it’s a weird treat: It’s not so much weird as it is interesting to discover whether your dog is a celery fan or not. Have you tried it with your dog? If not, go forth and find out, then let us know whether it’s thumbs up or down from your dog on the controversial topic of celery.

Have we wet your appetite for more strange dog treats?

Have your say online here!

Butcherâ€™s Lean & Tasty meaty complete meals with 30% less fat is a more natural dog food, as are all of the Butcherâ€™s products, because they contain no artificial colours, flavours or preservatives. 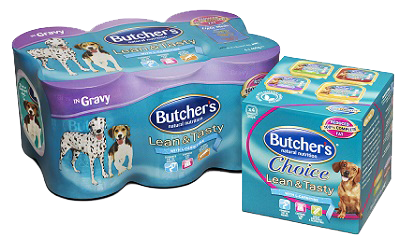 Visit the Butcher’s Pet Care website and use the tool to find the right food for your dog – butcherspetcare.co.uk